Dr. Reni Benjamin is a senior biotechnology analyst at Raymond James. His expertise focuses on companies in the oncology and stem cell sectors. Benjamin has been ranked among the top analysts for recommendation performance and earnings accuracy by StarMine, has been cited in a variety of sources including The Wall Street Journal, Bloomberg Businessweek, Financial Times and Smart Money, and has made appearances on Bloomberg television/radio and CNBC. He authored a chapter in "The Delivery of Regenerative Medicines and Their Impact on Healthcare," has presented at various regional and international conferences, and has been published in peer-reviewed journals. He is a past member of the UAB School of Health Professions' Deans Advisory Board. Prior to joining Raymond James, Benjamin was a managing director and senior biotechnology analyst at H.C. Wainwright, Burrill Securities and Rodman & Renshaw. He was also an associate analyst at Needham and Company. Benjamin earned his doctorate from the University of Alabama at Birmingham in biochemistry and molecular genetics by discovering and characterizing a novel gene implicated in germ cell development. He earned a bachelor's degree in biology from Allegheny College. 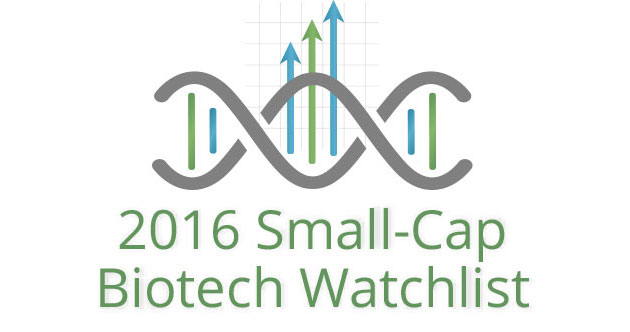 In advance of the Biotech Showcase 2016, The Life Sciences Report has once again solicited top analysts to provide the names of innovative biotech companies that investors should keep an eye on in the upcoming year.

Reni Benjamin of Raymond James has watched biotechnology move into a new era in which cells and genes can be manipulated to produce true disease-modifying results. In this interview with The Life Sciences Report, Benjamin outlines the groundbreaking work being done by a number of companies with the potential to return multiples on investment over the next two to three years.

It's been four months since The Life Sciences Report's 2015 Small-Cap Biotech Watchlist was announced at the Biotech Showcase in San Francisco. The year is off to a bumpy start, though the rough ride is not predicated, necessarily, on individual company performance. Read on for highlights of the Watchlist's Q1/15 performance.

"RXII is an undervalued player with upside for the long-term investor."

"Data from CANF's psoriasis study are a near-term value driver."

"CUR showed a subset of ALS patients may benefit from its cell therapy."

"CANF's CF602 generated a 118% improvement in a physiological index of ED relative to placebo."